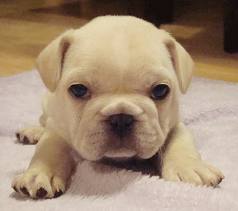 The Den
By nature dogs do not like to soil their den. By establishing their den they will try to avoid eliminating when ever they are in their den and will tend to hold it until you take them out of their den to eliminate so it is important that they know where their den is. Whenever you are not home your dog should be left in his den so he doesn’t soil the house.

Feeding Amounts
If you give your dog unlimited access to food and water they will eat and drink all day long and need to poop and pee constantly so you need to limit the amount that they take in. Puppies under 3-4 months of age should be fed 3 times a day and dogs older than that only need to be fed twice a day (puppies 6-14 weeks old should be given unlimited access to water). Feedings don’t have to be proportional; you can feed them a smaller portion when you don’t have time to let them out to eliminate and a larger portion when you have more time.

When to Let Him Out
Dogs have a greater tendency to go when they are active, after they eat, and when they wake up. Puppies have less control over when they go and need to be taken out more often, control over their bowel and bladder movements won’t be fully developed until they are about 6 months of age. Taking a puppy out every hour in not uncommon. Adult dogs only need to be taken out about 3-4 times daily. It is advised to take your dog out to eliminate when they wake up, about 15 minutes after each meal for puppies (and about an hour after meals for an adult dog) and before they go to sleep.

Eliminating Outdoors
Leash your dog when you go outside and bring them to the same spot every time. When he begins the process of eliminating, give them a “Hurry Up” command in an upbeat tone. After he is done praise your dog for eliminating. After about a week they should begin associating “Hurry Up” with eliminating.

Eliminating Indoors (Paper Training)
If you are not able to bring your dog outside, having your dog eliminate on newspaper is a good alternative. First pick out an area in the house (preferably where there is a tiled floor) to place the papers. Put the dog bed or crate and surround the area with newspaper (don’t make the area too big). Confine your dog to this papered area. Your dog doesn’t want to soil his bed/crate so he’ll naturally go on the paper. Dogs like to go in the same spot. After a week slowly reduce the area by taking away newspaper from areas which he doesn’t eliminate on until only as much newspaper remains as is needed for your dog to eliminate on.

After a few weeks of him eliminating in that spot it will become a habit for your dog. After you believe that your dog is used to going in the same spot you can open up a bigger portion of the house for him to play in.

If you catch him going in any other areas of the house give him a “No Pee” command and place him on the paper to let him finish his business and clean up the mess. Whenever you see that your dog eliminating on the paper praise him for his good action of eliminating in the right spot.

Accidents
Dogs are not able to relate punishment for their actions after they have performed the act, so it is best to say nothing and simply clean up the mess and spray the area with a pet deodorizer or wipe it down with a mixture of 1/4th white vinegar and 3/4 water to cover up the odor. If you happen to catch your dog about to or in the process of eliminating inside or in an inappropriate place push their butt down (or startle them with a loud noise) and say “No Pee” and take them to eliminate in their spot. If your dog happens to have an accident inside, place the feces outside in the yard (the odor should attract him to that spot next time) where you want him to go and clean up the mess inside.

Notes about potty training a puppy.
Puppies are like babies and have very limited control of when and where they eliminate and it’s important that you are very understanding of this. It is likely that your puppy will have accidents during the training process. Full control over their bowel and bladder movements won’t be developed until about 6 months of age. Training a puppy requires a lot of patience.

Time
Most dogs will get the house breaking routine down within a couple of weeks, but it can take up to a year of training before you can be certain that they have the system down and won’t have any accidents.